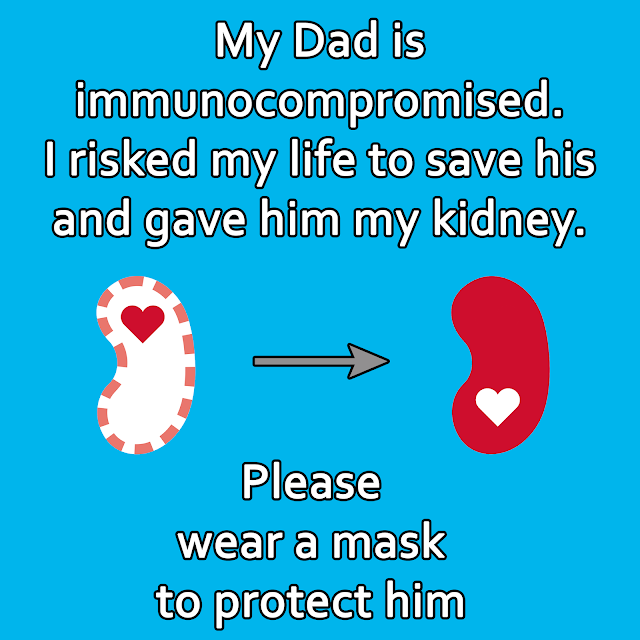 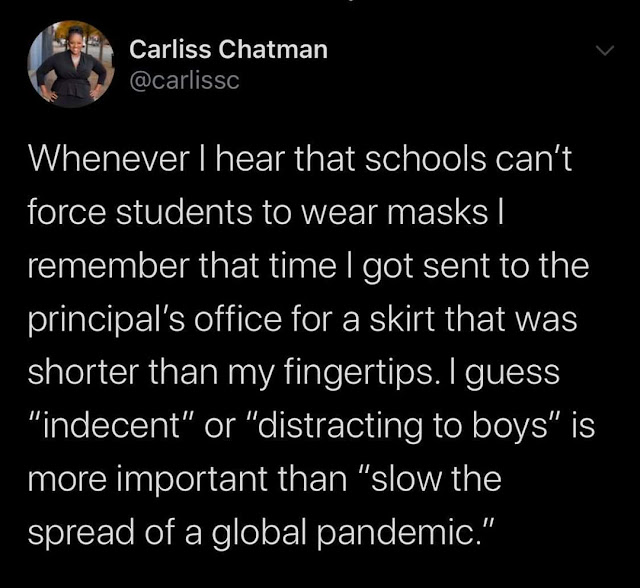 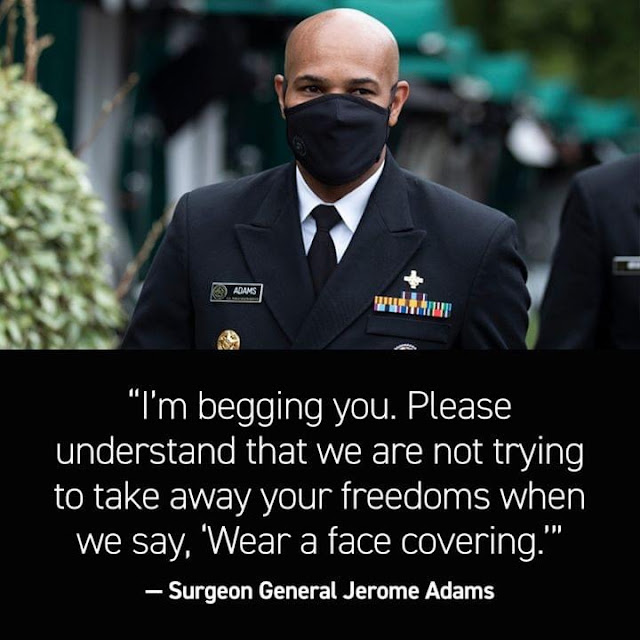 Early on, that guy and Fauci said that there was no need to wear a mask. But back when they didn't know how it was spread airborne. A little later the Surgeon General did not want you to BUY A MASK because the hospitals were running out.
The reason that both now advocate for masks is that they LEARNED HOW THE VIRUS SPREAD. These guys analyze the data they have and in March they didn't have much data. Now we have a plethora of data and their advice accommodates that new knowledge.
But putting all that aside, their advice is better than yours or Donald Trump's. My doctor has probably made mistakes but when she told me to go to the emergency immediately I went.
===

I keep thinking about this. News keeps calling them "federal agents" but do we actually know that?
Note: That is two days old...so forgive me. 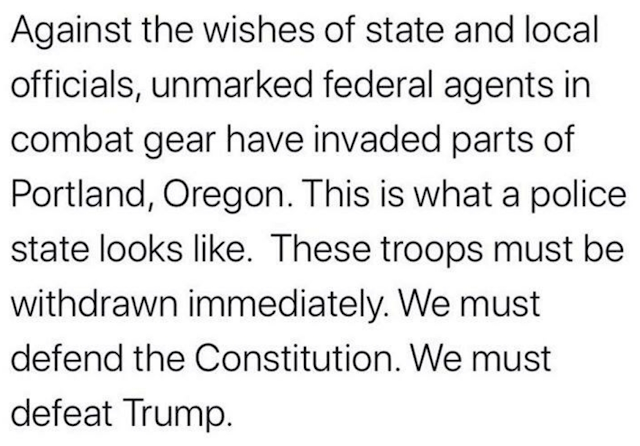 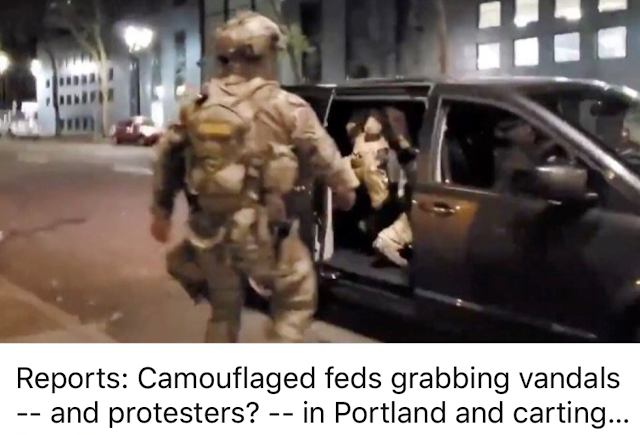 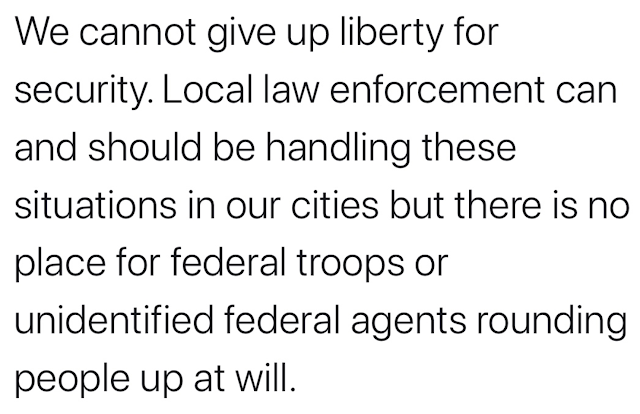 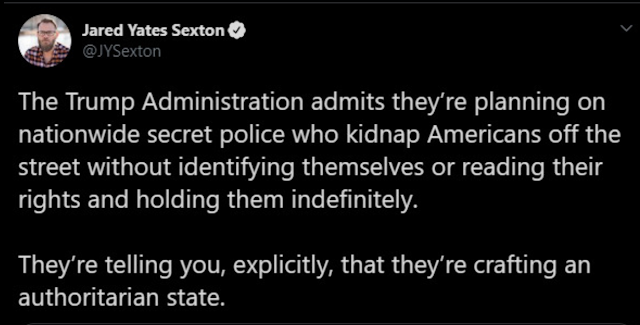 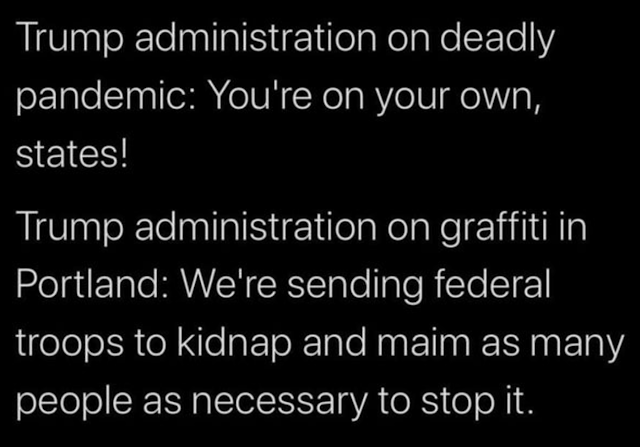 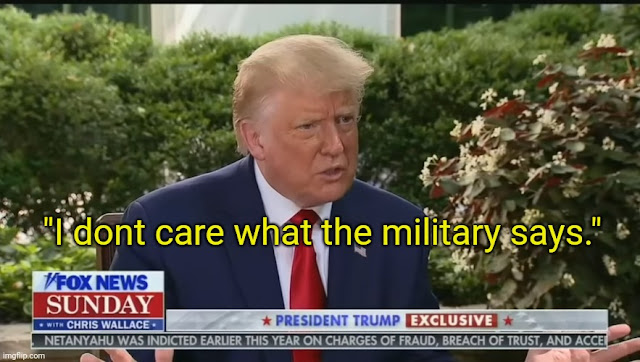 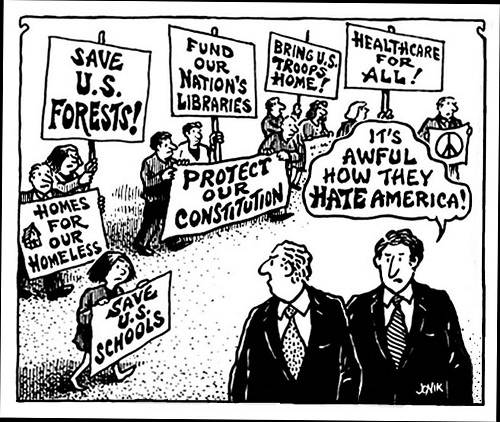 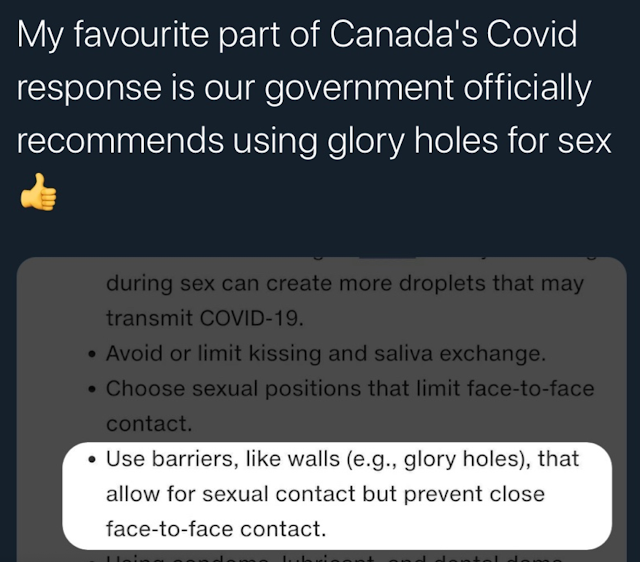 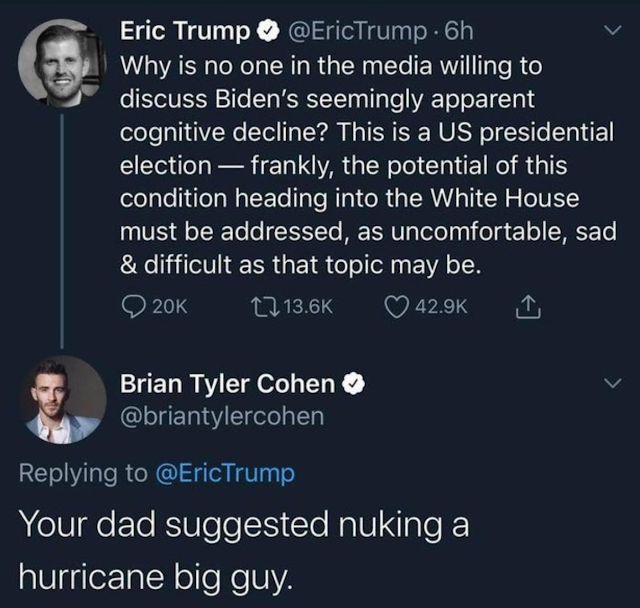 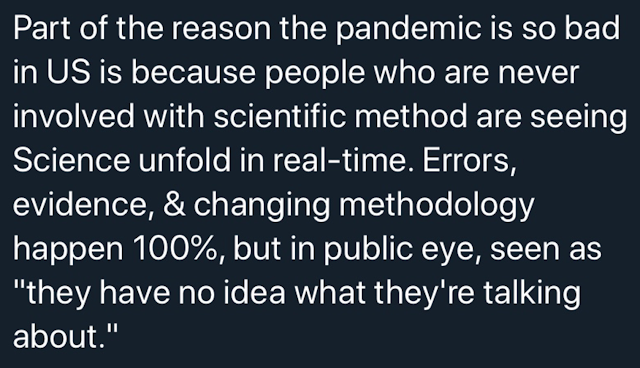 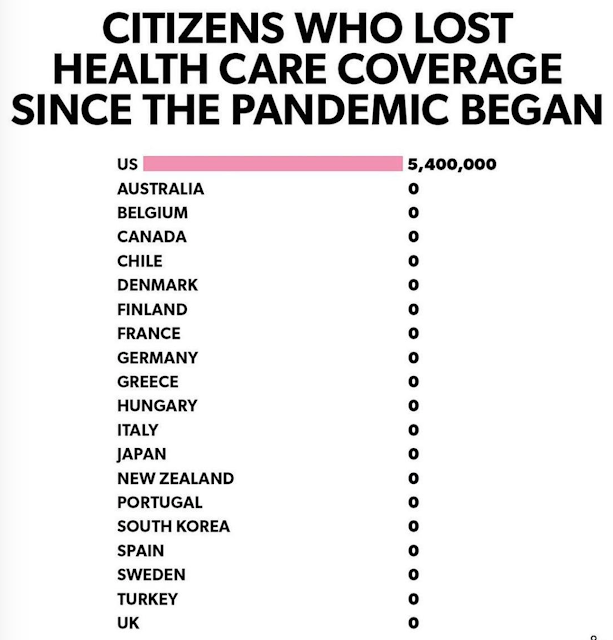 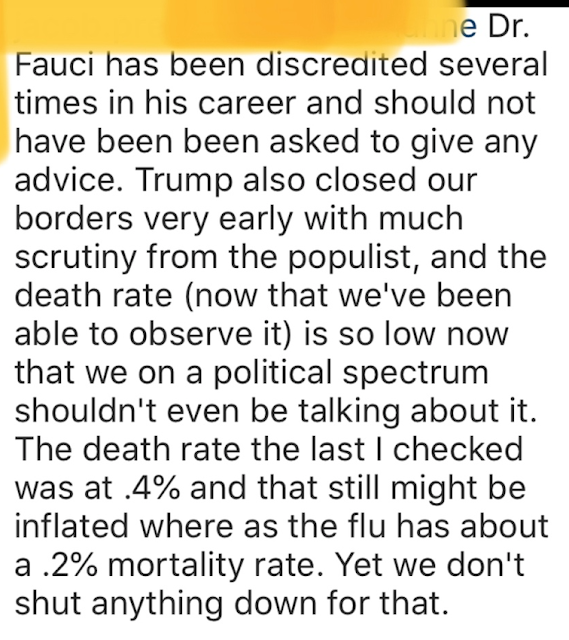 GOD HELP US ALL THERE ARE PEOPLE WHO BELIEVE THAT.
AND THOSE PERSON VOTE! 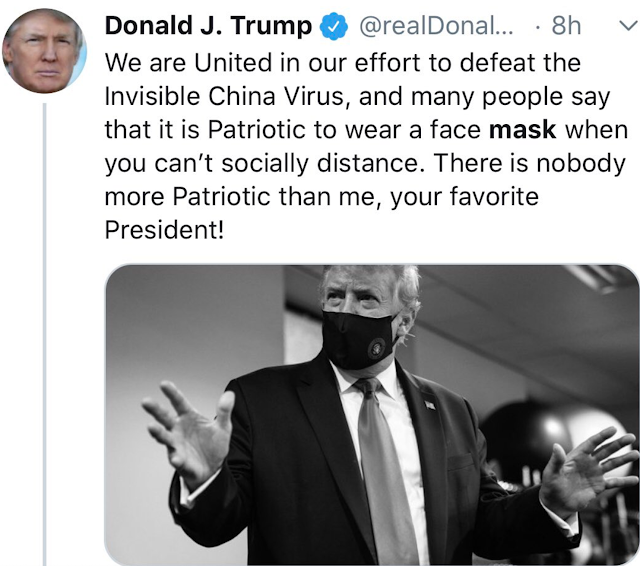 Let's give the guy credit for finally coming around to the side of sanity. 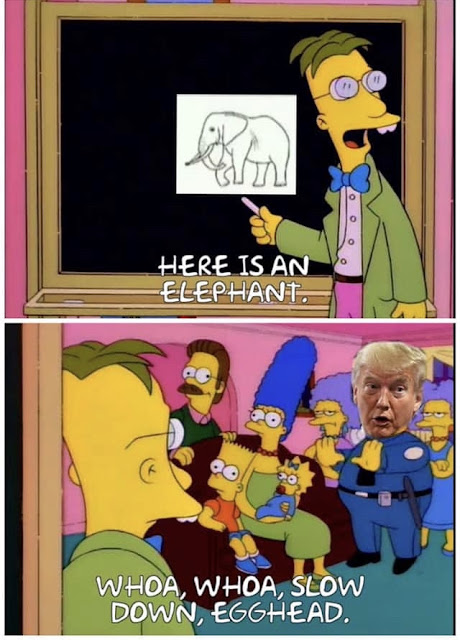 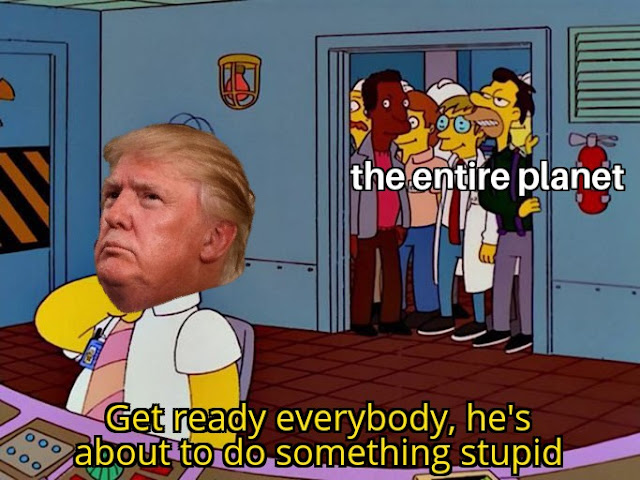 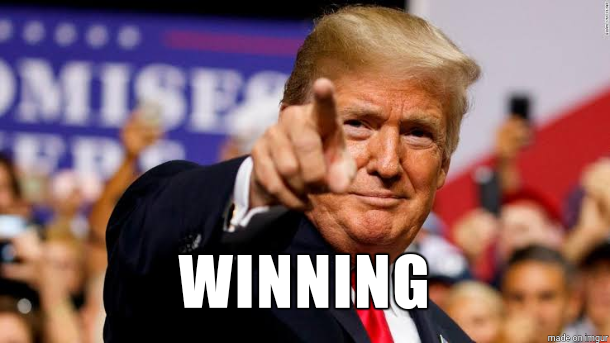 Not one thinking human being thinks the US is winning.

I liked that Trump closed the borders (sort of) to China. I like closing our southern borders. I like the great economy we had.
Look, I voted for both Bushs. I voted for Obama. I considered Hillary everything I hate in a politician, but I considered Trump everything I hated in a human being, so I didn't vote.
I turned on Trump irreversible when he told me that covid-19 was a hoax. I KNEW it wasn't a hoax. YOU knew it wasn't a hoax.
We still don't have enough testing no matter what he tells you. It took my neighbor 2 weeks to get her results...that's useless.
Stay safe and wear a mask for old people like me.
Please.

What happens when the local politicians prevent the police from acting and do nothing to stop the looting, burning, destruction, etc?

I still don’t think they have “evidence” for the effectiveness of masks. Evidence being large clinical studies with comparisons of the various mask types, distances, asymptomatic, environment, etc. But it is simply so called common sense. All you had to do is watch TV and early on notice that most asians were wearing masks.