Here's the Heart of Stone I found in the puzzletime. 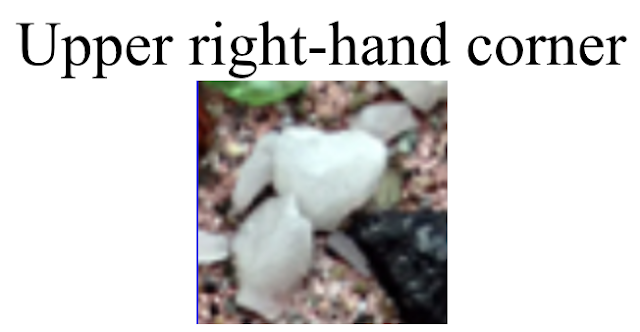 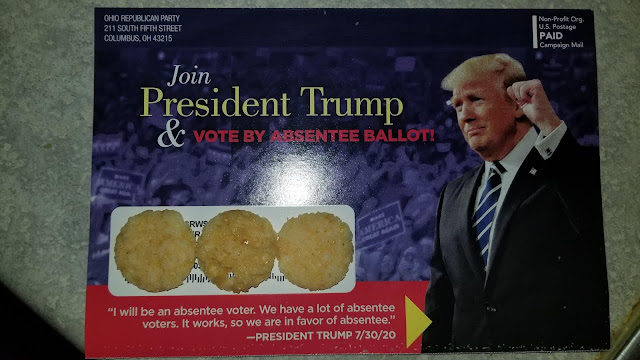 There is no difference between mail-in ballots and absentee ballots. You knew that last year and deep down you know it now. But with your leader claiming massive fraud it automatically becomes fact. Sad that. 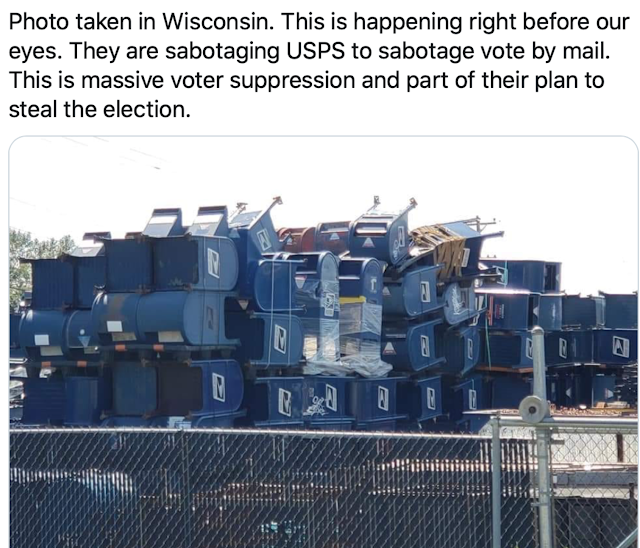 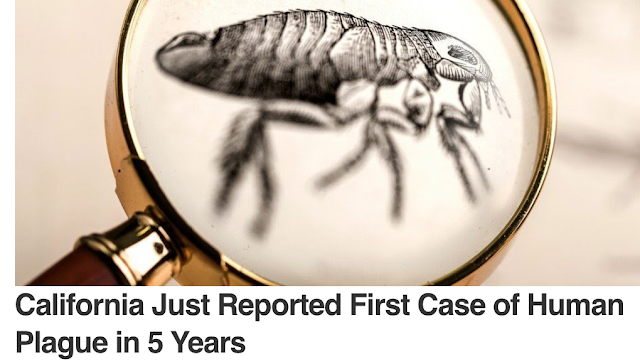 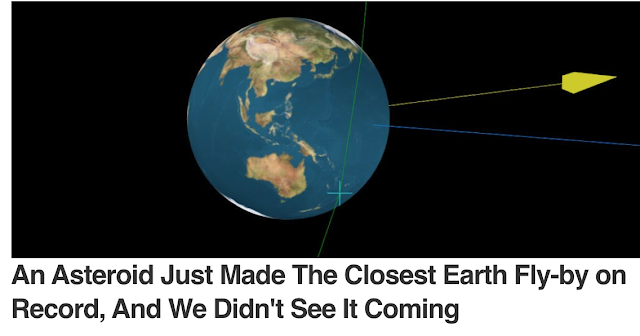 A car-size asteroid flew within about 1,830 miles (2,950 kilometers) of Earth on Sunday.
That's a remarkably close shave – the closest ever recorded, in fact, according to asteroid trackers and a catalogue compiled by Sormano Astronomical Observatory in Italy.
https://www.sciencealert.com/a-car-size-asteroid-just-made-the-closest-pass-of-earth-on-record-and-we-didn-t-see-it-coming
=== 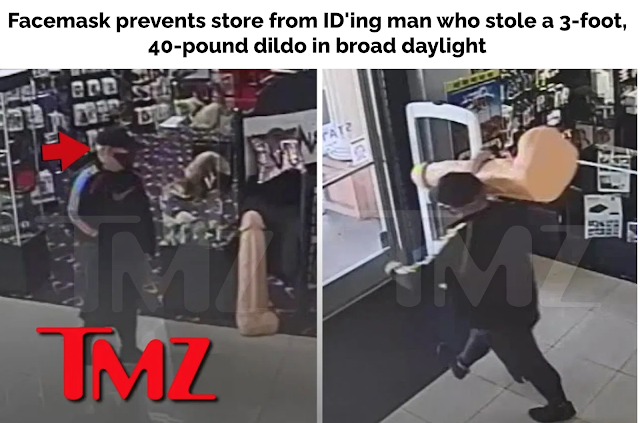 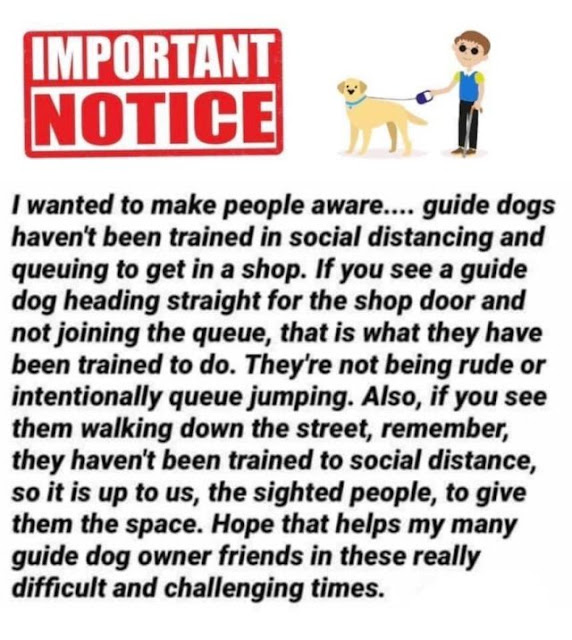 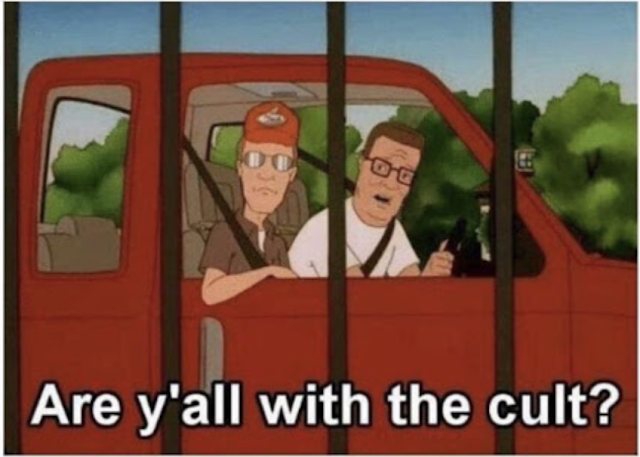 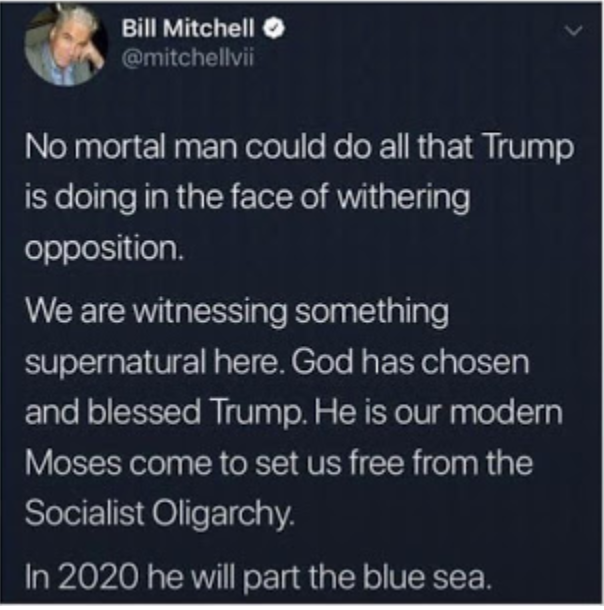 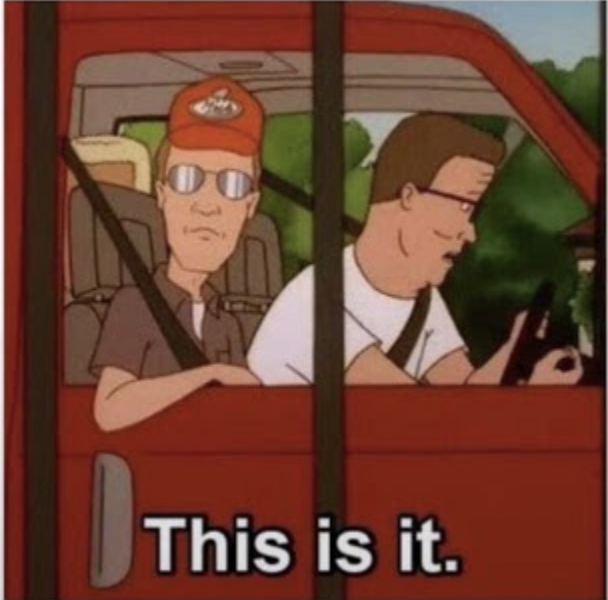 Trump is the visible tumor that finally and clearly revealed the cancer that has been growing in America for decades.
What makes it a cult is that they've chosen absolute loyalty to their own group over reality. If Trump tells them what to believe, they'll believe it, even if it's easily disproved. If someone criticizes Trump, it's an attack on their group, and attack on them personally, because their identity IS their group identity. They become unable to see objective reality, to tolerate dissent, to question their own views, or to question their leaders. They engage in extreme cognitive dissonance to maintain the idea of the infallibility of their own group and leader - the cult leader.
When confronted with new and horrifying facts, like increasingly obvious Trump lies and corruption, they don't weaken their support, they double down their support and convince themselves that whatever fact is making them uneasy must be an even bigger conspiracy designed to attack their group/cult/leader.
American Conservatives, driven by an Authoritarian Follower mindset (which can have some positive aspects, mind you), and having been exposed to 30 years of constant right-wing propaganda, believe that liberalism isn’t an opposing ideological viewpoint, but rather a crusade literally bent on destroying their way of life. Their minds have been twisted to see threats at every door. Immigrants taking their jobs. Government taking their freedoms.  Gays stealing their religious traditions.  To them, none of these things are a byproduct of a progressive society that would merely elevate others to enjoy the same benefits they enjoy. Rather, they see equal rights as rights being stripped from themselves and given to others.
What’s worse, they see it as a plot, not in favor of equality, but purposefully aimed at destroying their way of life.  They perceive enemies around every corner.
Trump promised to fix all of this, and so they follow him like a cult.  It doesn’t matter that his entire life runs contrary to every value they claim to hold dear.  It doesn’t matter that he clearly lacks the skills, knowledge, or interest to actually carry out his promises.  They have their new messiah, and as long as he keeps the liberals frustrated and distracted, they are happy.
(those are not my own words...but I wish they were.) 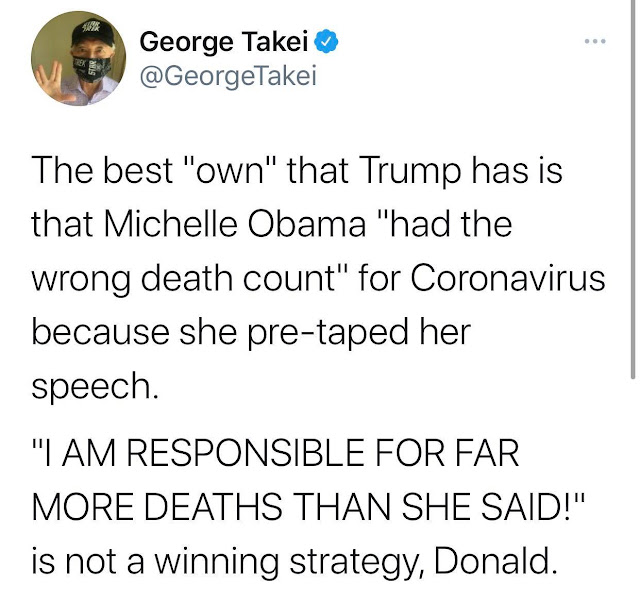 And only true believers would take that as a Gotcha win. 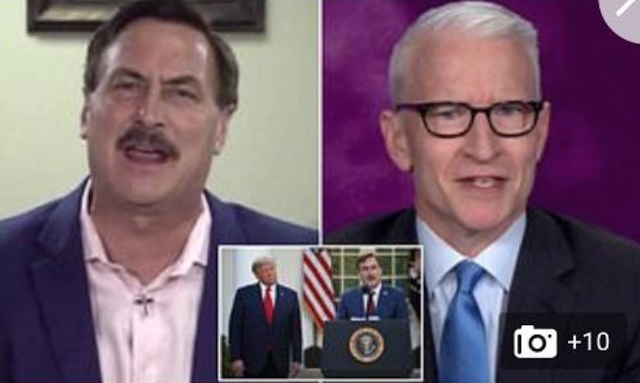 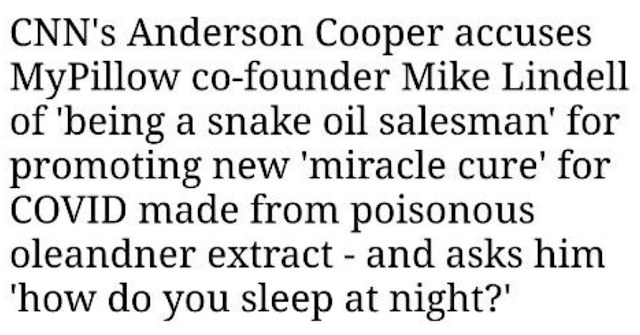 How do I sleep? On top of my money, of course!

The pillow guy's "proof" that the drug he sells works are "1000 emails from people who took it and they said it made them better." You don't have to be a scientist to realize that is some batshit crazy salesmanship. 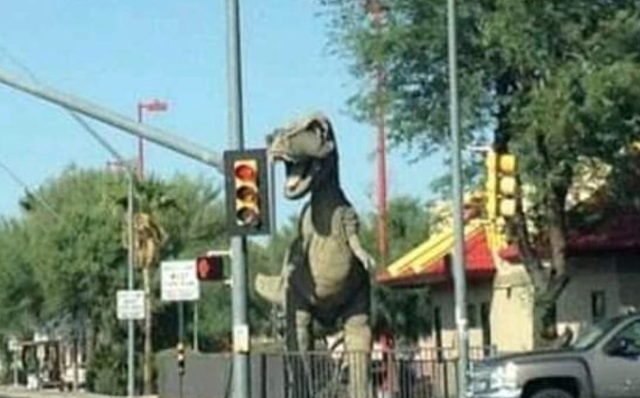 And you just KNOW Josh is a Trump guy. 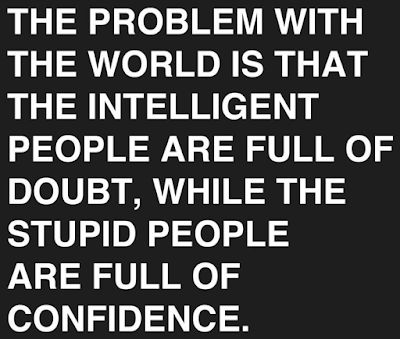 No amount of evidence makes a dent in true believer's Trump armor. 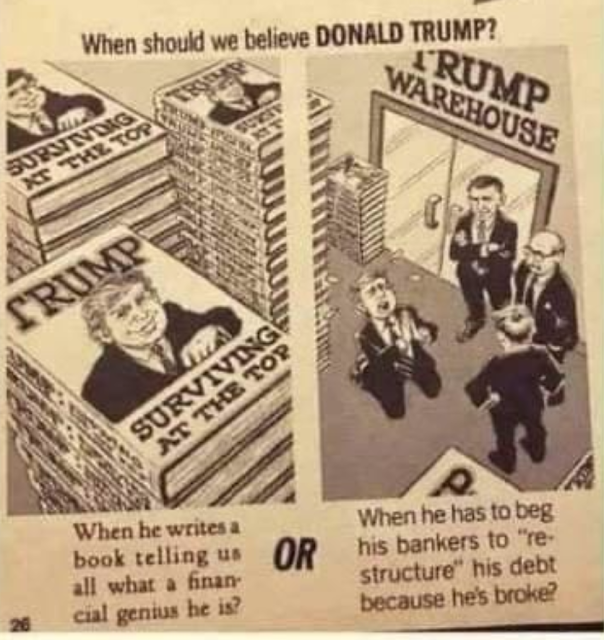 You Trump people believed him when he said covid was a hoax. There are 170,000 dead Americans due to his inaction. Surely that has got to give you a glimmer of doubt as to his abilities.

There is a difference between you and me. I am a political independent. I look at the candidates and the issues and make my decision. To think your chosen party is infallible is delusional.
With that said: 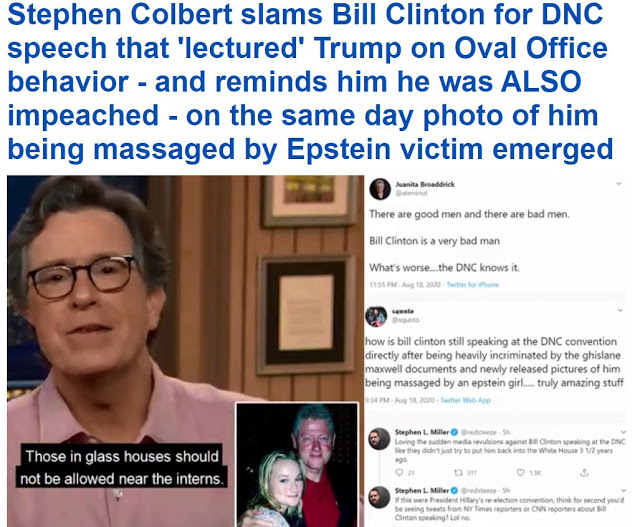 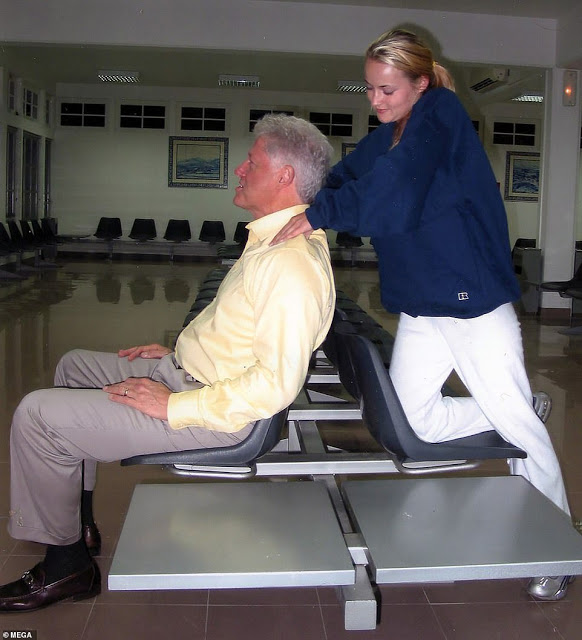 If you don't think that this guy is a scumbag then you are as bad as the rabid Trumpers.

And normal people can criticize any wrongdoers no matter their color, rank, etc. 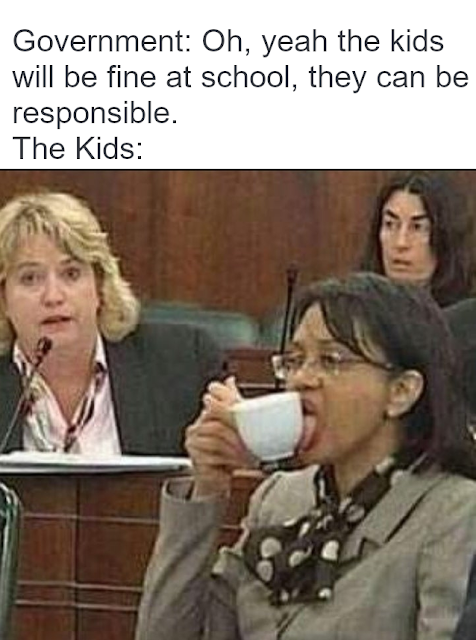 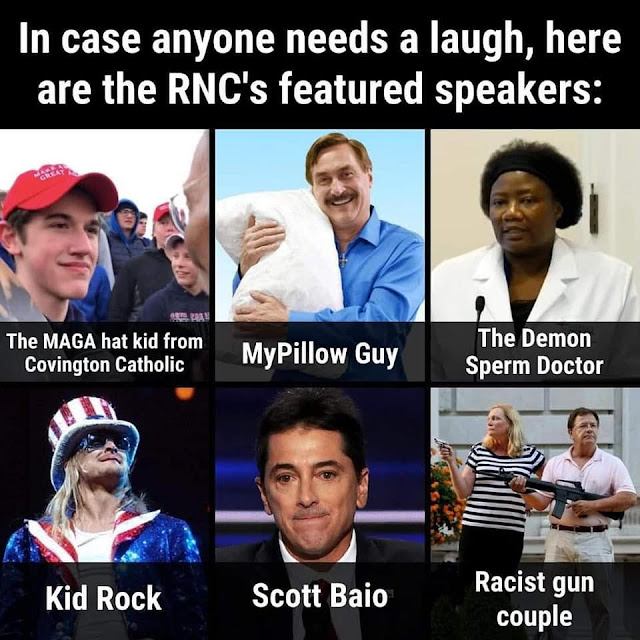 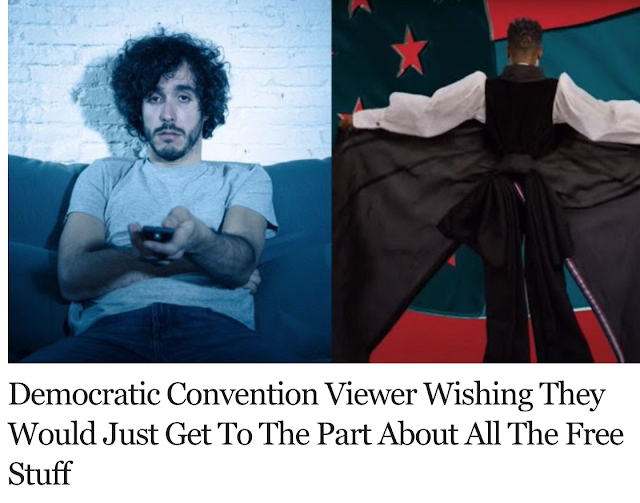 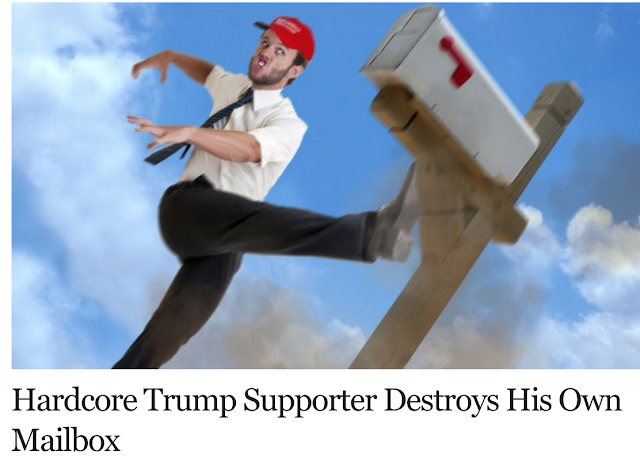 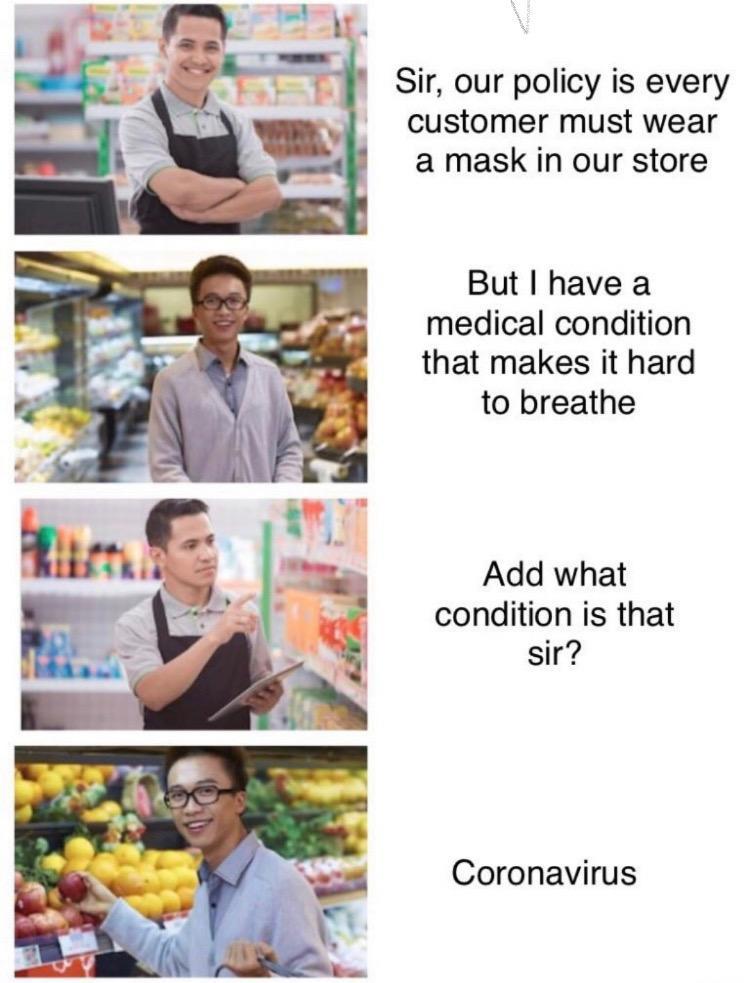 I'm scared. And you ought to be also. This virus is running rampant in our country and we seem powerless to stop it. But we are NOT powerless. WE ARE UNWILLING TO ADMIT A SIMPLE MASK IS SO VERY IMPORTANT.
And why is that? You stupid motherfuckers believed a TV reality show host when he told you it was a hoax or that it would just disappear and that wearing a mask was just being politically correct. Could you, for just once, THINK FOR YOURSELF?!?!
If not for yourself then for your family, your friends, and for your fellow citizens.
I'm going to repeat this again and hope it takes this time: One day your grandchild will ask you what you did in the 2020 pandemic that killed hundreds of thousands of Americans, that crippled our whole economy and interrupted life for tens of millions...and what will you tell them? You motherfuckers better be man or woman enough, to tell the truth.
Tell them about you thinking the wearing of a mask was an infringement of your freedoms. Tell them about you having absolutely no understanding of the science but refusing to accept the scientist's directives. Tell them about you wanting to stick it to the libtards.
All I ask is that you have the courage to admit that YOU MADE IT WORSE FOR EVERYONE.
AND YOU DID IT ON PURPOSE.

Thank YOU re wearing a mask! How frigging hard is it when it might possibly save someone's life????
Towanda